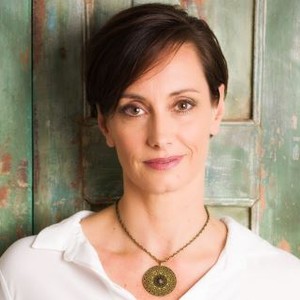 The Swedish Agneta Eichenholz is known as one of the most versatile lyric sopranos at the time. She first attracted attention in 2007 at the Verbier Festival in Carmina Burana. In 2009 she made her breakthrough with her overwhelming debut at the Royal Opera House London in the title role of Alban Berg's Lulu. The production by Christof Loy was nominated for a Grammy.

Recently she gained great acclaim in the world premieres of Scartazzini's "Sandmann" at the Theater Basel and "Edward II" at the Deutsche Oper Berlin. After another "Lulu" at the Vienna State Opera she returned as Alcina to the Hamburg State Opera. Freia and Gutrune in the new Geneva Ring followed as well as Cordelia (King Lear) at the Maggio Musicale Fiorentino.

Agneta has an intense concert activity and can be heard in various repertoire such as the Arthur Rimbaud settings Les Illuminations by Benjamin Britten, Berg's Seven Early Songs and his Lulu Suite, Mahler's Fourth and Richard Strauss' Four Last Songs, and other works by Joseph Canteloube, Francis Poulenc and Jean Sibelius. She has also appeared in major choral orchestral works by Handel, Mozart, Fauré and Orff. Contemporary music is also a focal point for her.

After her successful debut as Salome (Strauss) at Deutsche Oper am Rhein last season, she will return to the Theater an der Wien as Ellen Orford (Peter Grimes).