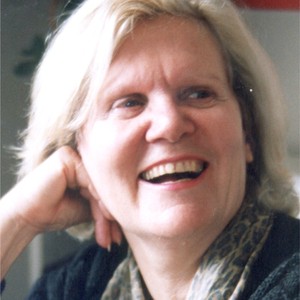 A native of Berlin, Anja Silja began with vocal studies already at the age of six. At the age of 10, she gave her first concert at the Titania-Palast in Berlin, and many other concerts followed at home and abroad.

At the age of 16, she started her career on stage in Braunschweig with roles like Rosina/*Barbiere di Sivigla*, Zerbinetta/*Ariadne auf Naxos* and Micaëla/*Carmen*. In 1958, engagements by the State Opera Stuttgart and Frankfurt Opera followed, and in 1960 Wieland Wagner brought her to Bayreuth, where she debuted with Senta/*Der fliegende Holländer*. Until Wieland Wagner’s death she sang in almost all of his productions in Bayreuth and Europe the most important Wagnerian roles such as Isolde, Brünnhilde, Eva, Elisabeth, Elsa, Venus. Her repertoire also included roles from Königin der Nacht, Fiordiligi, Konstanze through to Santuzza, Leonore (*Fidelio* and *La forza del destino*), Desdemona, Lady Macbeth, Lulu and Marie/*Wozzeck*, i.e. almost the whole current opera repertoire.

In recent seasons, Anja Silja performed in Vienna, Zürich, Barcelona, Berlin, Hamburg, New York, London, Paris, Aix-en-Provence and at the Glyndebourne Festival Opera mainly in the great female characters of Leos Janacek like Kostelnicka/*Jenufa* and Emilia Marty/ *The Makropulos Case*. For her interpretations she got the Prize of the Year by England’s critics and the Grammy award. Her repertoire also includes Ortrud/ *Lohengrin*, Amme/*Die Frau ohne Schatten* and Klytämnestra/*Elektra*, as well as Mère Marie and Madame de Croissy/*Dialogues des Carmélites*, which she has sung at La Scala Milan under the baton of Riccardo Muti. Equally this year she performed with James Levine and Pierre Boulez in New York, Boston and Aix-en-Provence *Erwartung* and *Pierrot Lunaire* by Schönberg.

Numerous opera recordings with the famous conductors of the 20th century give evidence of her artistic work, a.o. *Der fliegende Holländer*, *Lohengrin*, *Tannhäuser*, *Lulu* and *Wozzeck* by Berg (both for DECCA), *Salome*, Fricka in Wagner’s *Ring*, *Erwartung* by Schönberg, *The Makropolus Case* and *Jenufa* by Janacek (on video resp. DVD) as well as the most important works of Kurt Weill.

For her great contribution to the field of art and culture, Anja Silja was honoured with the Order of the Federal Republic of Germany (Bundesverdienstkreuz).