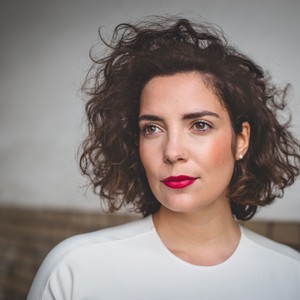 2010 Elissa Huber made her stage debut in the genre musical at the Deutsches Theater Munich (Maureen / RENT). Further engagements took her first to the Operettenhaus Hamburg (La Rosa / SISTER ACT), then already with leading roles to the Theater 11 Zurich (Lisa Wartberg / ICH WAR NOCH NIEMALS IN NEW YORK) as well as on tour throughout Europe (Ludovika & Frau Wolf / ELISABETH). She quickly made a name for herself among audiences and professionals for her remarkable voice and expressive acting.

In 2013, despite an established musical career and to the surprise of many, she switched to classical soprano out of pure passion and completed her master's degree in music, performance and singing in 2015 with Jane Thorner-Mengedoht at the Zurich University of the Arts.
She was then engaged by the Opera Studio of Milan's Teatro alla Scala, where she made her operatic debut as First Lady in the Magic Flute under the direction of Peter Stein and the musical direction of Adam Fischer. In 2016 she was awarded 3rd place at the BUNDESWETTBEWERB GESANG and with the special prize for the best performance of a contemporary composition now also "classical".
At the Theater für Niedersachsen she then sang her first Agathe im FREISCHÜTZ. In the summer of 2017 she was the only German singer to reach the semi-finals of the Belvedere Competition in Moscow, making her one of the top 50 of over 1,000 participants worldwide. She sang concerts at the Prinzregententheater and the Philharmonie am Gasteig Munich with the Munich Symphony Orchestra and the Orchestra of the Staatstheater am Gärtnerplatz.

Until the end of the 2019 season she was a permanent member of the ensemble at the Bern Concert Theatre, where she sang Donna Anna in DON GIOVANNI, Fiordiligi in COSÍ FAN TUTTE and Micaela in CARMEN, among others. She made her debut in Vienna as Sylva Varescu in Peter Lund's new production of the operetta DIE CSARDASFÜRSTIN at the Volksoper Wien.

In the summer of 2019 she appeared on stage at the Mörbisch Lake Festival for the first time as Lisa in a new production of Leonard Prinsloo in Lehár's operetta LAND DES LÄCHELNS. Further milestones follow in the 19/20 season, such as Rosalinde also in a new production of FLEDERMAUS by Maximilian von Mayenburg at the Graz Opera, the title role in the opera ANNA NICOLE by Marc Turnage at the Wiesbaden State Theatre, and Kate in the revival of KISS ME KATE at the Vienna Volksoper.

Projects in this current season include the title role in Cabaret at Staatstheater Wiesbaden, as her as her role debuts as Vitellia (Clemenza di Tito) and Chrisothemis (Elektra) at the same theatre.