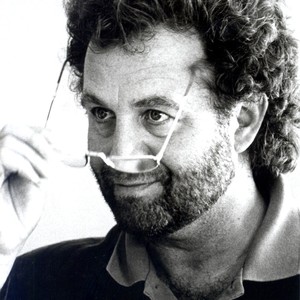 His over forty year long career, which has taken him to all the major opera houses in Europe and the United States, makes the German bass baritone Franz Grundheber unique in the music world of today. Just as unusual is the fact that he has distinguished himself equally in German as well as Italian opera.

Born in Trier, he studied at the University of Indiana in Bloomington after completing three years of officer training with the Air Force. In 1966 Rolf Liebermann engaged him at the Hamburg State Opera, to which he is still bound with a guest contract, and which made him an honorary member in 2006 on the occasion of his 40th anniversary. In the past seasons he has sung roles like Amonasro (Aida), Musiklehrer (Ariadne auf Naxos), Peter (Hänsel und Gretel) and Graf Waldner (Arabella).

Franz Grundheber is also closely connected with the Vienna State Opera, which has honoured him with the title of Kammersänger. Since 1976 he has sung here in premiers of Wozzeck, Orestes, Cardillac, Borromeo (in Pfitzner’s Palestrina ), Dr. Schön (Lulu), Guglielmo Wulf (Le Villi) and last of all Moses (Moses und Aaron), in addition in repertory performances Rigoletto, Iago, Macbeth, Amonasro, Scarpia, Amfortas, Holländer, Barak, Mandryka and Jochanaan. As Jochanaan under Herbert von Karajan, he could be experienced at the Salzburg Festival, where he also performed as Jupiter (Die Liebe der Danae), Olivier (Capriccio), Orest, Amfortas, Faninal and Sprecher in the Zauberflöte .

Some of the stations of Grundheber’s European guest performances are Paris (Palais Garnier, Théâtre du Châtelet, Opéra Bastille), Barcelona, Madrid (he returned there in the course of a European tour of Moses and Aron with the SWR Symphony Orchestra), Oviedo, Athens, Rome, Florence, Turin, Milan (Wozzeck in Teatro alla Scala) and the Arena di Verona, where he was the first German singer to be given the part of Amonasro. Further engagements took him to Copenhagen, Helsinki, Savonlinna, Moscow, Brussels, Amsterdam (where he returned to as Schigolch) and London, where at Covent Garden he sang Barak, Rigoletto and Simon Boccanegra. He also appeared at the Theater an der Wien as Riedinger in Hindemith’s Mathis der Maler.

Franz Grundheber has been repeatedly invited to the major opera houses of the United States, such as the Metropolitan Opera New York (again as Schigolch in 2015), where he was the first German to be engaged for Rigoletto. He won the critics prize for his Simon Boccanegra in Santiago de Chile. Grundheber was introduced to Japanese audiences in several guest performances as Amfortas, Orestes and in Schönberg’s Gurre-Liedern .

Among his many recordings, two of Berg’s Wozzeck (under Claudio Abbado and Daniel Barenboim) were awarded the Prix Georges Till. With Olivier, Faninal, Mandryka, Jupiter, Barak and last under Semyon Bychkov, Orest, Grundheber has recorded almost all of the Strauss repertoire in his field. In addition in 2008 his CD Lieder einer Reise came out with Lieder compositions by Mendelssohn and Schubert through to Wolf and Martin.

In 2008 his CD "Lieder einer Reise" was presented in Salzburg.

In his concert and oratory performances, Grundheber has worked together with Herbert von Karajan, Kurt Masur, Seiji Ozawa, Colin Davis, Giuseppe Sinopoli, Claudio Abbado and Semyon Bychkov among others.