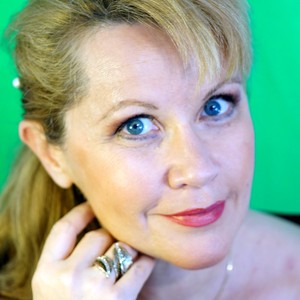 Liliana Nikiteanu began her vocal training in 1977 at the music high school, then at the conservatory in Bucharest. She received her first permanent engagement in 1986 at the Galati Music Theatre.
She won numerous prizes: 1984 Francesco Viñas, 1986 Belgrade, 1989 Vienna Belvedere and 1991 Geneva. In 2000 she was nominated by Der Opernwelt as Best Young Singer of the Year for the role of Dorabella. Her repertoire includes over 80 roles which she has sung in Zurich, where she has been a member of the ensemble since 1991, or in other opera houses including Octavian (Der Rosenkavalier) at the Bastille, the Vienna and Hamburg State Operas, Ježibaba (Rusalka) in Montreal, Sesto (La clemenza di Tito) in Dresden, Rosina (Il barbiere di Siviglia) in Vienna and Munich; Dorabella (Così fan tutte) in Dresden, Munich, Salzburg, Aix-en-Provence, Fjodor (Boris Godunow) in Salzburg, Orfeo (Gluck) in the Cité de la Musique Paris, Margarethe (Damnation de Faust) in Brussels and Dulcinée (Don Quixote) in the Theater an der Wien. In Zurich she impersonated all Mozart roles of her Fach (Cherubino, Dorabella, Despina, Cecilio, Sextus, Anius, Giacinta, Zerlina, 2nd Lady, Marcellina, Don Ramiro and Idamante), as well as more dramatic roles such as Ljubascha (The Tsar's Bride), Amme (Dukas' Bluebeard) and Fricka (The Rhine Gold).

As a concert singer she has a repertoire ranging from Bach to Berio. In Bamberg she sang Berenice by Haydn under Adam Fischer, in Paris Berlioz' Les Nuits d'Eté under Holliger, in Copenhagen Verdi's Requiem and in Tel Aviv and Haifa Bruckner's Te Deum under Mehta. In 2005 she performed in St. Peter's Basilica for the 500th anniversary of the Swiss Guard of the Pope. Among the conductors who have shaped her are Nikolaus Harnoncourt, Claudio Abbado, Fabio Luisi, Franz Welser-Möst, John Eliot Gardiner, Rene Jakobs and Philippe Jordan. Recently she has appeared in Zurich as Beggar Woman (Sweeney Todd) and Teresa (La sonnambula) and sang at the Edinburgh International Festival Larina in Eugene Onegin with the Komische Oper Berlin in summer 2019 and returned to the Opéra de Monte Carlo with Le Comte Ory (Ragone) in 2021.