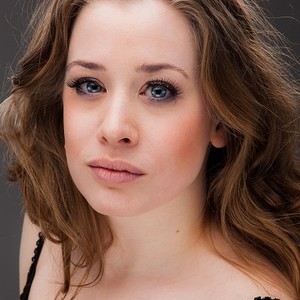 Soprano Magdalena Risberg belongs to the new generation of Swedish singers. She completed her studies at the Royal Academy of Music and subsequently at the Opera Academy in Stockholm. She has won the Jenny Lind Prize and the Birgit Nilsson Scholarship.

After her studies she was engaged at the Royal Swedish National Opera as Lauretta in "Gianni Schicci" with further performances in Gävle, Sweden.
The following season in Stockholm she sang the First Flower Girl in "Parsifal", Liú in "Turandot" and Pamina in "Magic Flute". Following engagements took her to the Geneva Opera (Medea),  St. Gallen (Le Cid) and at the Opera in Umea, Sweden, where she made her debut as Traviata.

From 2016 to 2018 she was an ensemble member of the Theater Luzern, where she acquired a broad repertoire with roles such as Gilda (Rigoletto), Pamina (Magic Flute), Elvira (L'Italiana in Algeri), Manon (Manon), Nannetta (Falstaff) and Amanda (Le Grand Macabre).

Last season Risberg celebrated a great success as Violetta (Traviata) in Malmö and as Micaela (Carmen) at the Royal Opera Stockholm and Pamina (Zauberflöte) at the Semperoper Dresden.