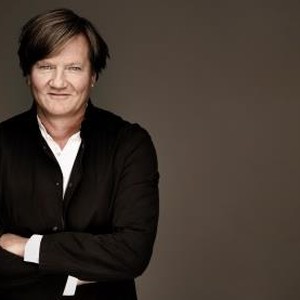 The Slovenian conductor Marko Letonja has been Chief Conductor of the Orchèstre Philharmonique de Strasbourg since 2012 and is Conductor Laureate of the Tasmanian Symphony Orchestra. He has also been General Music Director of the Bremen Philharmonic since the 2018/19 season.

He began his studies as a pianist and conductor at the Music Academy of Ljubljana and graduated as a student of Otmar Suitner at the Academy of Music and Theatre in Vienna in 1989. Only two years later he became Music Director of the Slovenian Philharmonic Orchestra in Ljubljana, which he conducted until 2003. During this time he also began his international career as a concert conductor. He performed with the Vienna Symphony Orchestra at the Vienna Festival, with the Munich and Bremen Philharmonic Orchestras, the Munich Radio Orchestra, the Stuttgart State Orchestra, the Hamburg Symphony Orchestra, toured with the Milan Orchestra Sinfonica "Giuseppe Verdi" and accompanied the celebrated Swedish soprano Nina Stemme with the Stockholm Opera Orchestra.

With his appointment as Chief Conductor and Music Director of the Symphony Orchestra and the Theater Basel in 2003, Letonja's activities shifted to opera. Until 2006 he conducted new productions of "Tannhäuser", "La Traviata", "Der Freischütz", "Boris Godunow", "Tristan und Isolde", "Rigoletto" and "Don Giovanni" in Basel. He has also recorded various CDs with the Basel Symphony Orchestra (including complete recordings of all symphonies by Felix Weingartner).

With a large and varied repertoire he has performed at the Vienna State Opera ("Pique Dame" and "Les Contes d'Hoffmann") and at the Grand Théâtre of Geneva (among others "Medea" and "Manon"), at the Teatro dell'Opera in Rome ("Roméo et Juliette"), at the Semperoper in Dresden ("Nabucco"), the Scala in Milan ("Il dissoluto assolto" by José Samarago in combination with Hindemith's "Sancta Susanna", "Die Sache Makropulos" as well as "Les Contes d'Hoffmann"), the Staatsoper Berlin ("Madama Butterfly"), the Deutsche Oper Berlin ("La Traviata"), the Opéra National du Rhin in Strasbourg ("Walküre", "Götterdämmerung", "Fliegender Holländer", "Die Sache Makropulos"), at the Teatro Lirico in Cagliari ("Cavalleria rusticana", "I Pagliacci" and "Der Fliegende Holländer") and with the Munich Radio Orchestra ("Carmen" concertante). He conducted Wagner’s “Ring” at the Teatro Sao Carlos Lisbon as well as the Royal Opera Stockholm.

His future projects include "Lustige Witwe" at the National Dutch Opera, Amsterdam and various concert tours.