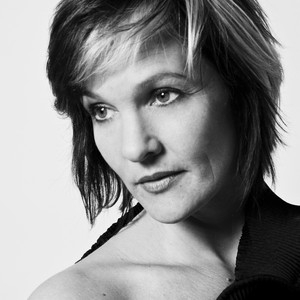 The German soprano Marlis Petersen is one of the most sought-after singers of her time. The focus of her repertoire lies in the lyric soprano fach and in the interpretation of contemporary music.

Since her acclaimed debut at the Vienna State Opera as "Lulu", she has been a regular guest on the world's most important opera stages, including the Opéra de Paris, the Théâtre de la Monnaie in Brussels, the State Operas in Berlin, Hamburg, Munich and Vienna, the Theater an der Wien, the Metropolitan Opera in New York, the LA Opera, the Chicago Lyric Opera and the Salzburg and Aix-en-Provence Festivals.

Her wide-ranging repertoire includes roles such as Marietta (Tote Stadt), Handel's Alcina, Manon, Thais, Violetta (La Traviata), Elettra (Idomeneo), through to the Strauss roles of Salome and Marschallin (Rosenkavalier), with which she recently celebrated sensational success at the Bavarian State Opera, Munich.

As a concert singer, Marlis Petersen has appeared on all the major stages and sang at the opening of the Elbphilharmonie Hamburg, among others. In the 19/20 season she was Artist in Residence of the Berlin Philharmonic Orchestra.

In 2020 Marlis Petersen was named 'Singer of the Year' for the 4th time by the magazine "Opernwelt" for her portrayal of Salome at the Theater an der Wien. In the same year she received the OPUS KLASSIK for her album "Dimensionen: INNENWELT". In 2021 Marlis Petersen was awarded the honorary title of 'Kammersängerin' by the Bavarian State Opera in Munich.

Projects in the current season include her long-awaited role debut as "Emilia Marty" in Die Sache Makropoulos (Janacek) at the Staatsoper Berlin, as well as the revival of Der Rosenkavalier (Feldmarschallin) at the Bavarian State Opera Munich.