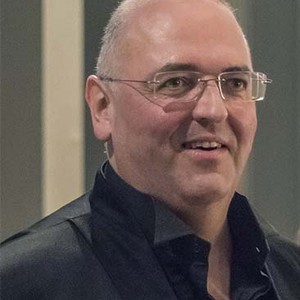 Internationally Acclaimed Opera Singer Pavlo Hunka was born in England, the son of a Ukrainian father and an English mother.  He qualified as a Linguist and then practised as a Lawyer in the United Kingdom for 4 years before embarking on a stellar singing career. He began his vocal studies at the Royal Northern College of Music in Manchester and completed them in Switzerland with Kammersängerin Maria Sandulescu.

Highlights include: Don Pizarro Fidelio at Munich and Vienna State Operas, the title role in Wozzeck at the Maggio Musicale in Florence, Doctor Wozzeck at the State Opera in Berlin, Schigolch Lulu in Brussels and Munich, Macbeth in Berlin, Falstaff at the Canadian Opera Company, Tomski Pique Dame at Teatro Real Madrid, Klingsor Parsifal and Hunding Walküre at the Bolshoi in Moscow, Alberich Siegfried in Lyon, Nekrotzar Le Grand Macabre in Brussels, the General in Prokoffiev’s The Gambler in Amsterdam, Simone The Florentine Tragedy in Geneva, Boris Lady Macbeth of Mtsensk in London, Šiškov From the House of the Dead in Berlin in the acclaimed Patrice Chéreau production with Sir Simon Rattle. In 2016 and 2017 followed among others Dikoj in Katja Kabanova at the Staatsoper Berlin, the Ring Cycle in Denmark, the Golden Cockerel in Brussels, Ligetis Grand Macabre with the London Symphony Orchestra and Klingsor in Parsifal in Budapest.

Pavlo makes his debut with the National Symphony Orchestra of Ukraine on May 18th 2017 in Zemlinsky’s The Florentine Tragedy.

Pavlo is Artistic Director of the Ukrainian Art Song Project, www.ukrainianartsong.ca whose aim is to record an Anthology of over 1000 Ukrainian classical art songs by 26 Ukrainian composers; songs never heard by the world, songs that deserve to be performed on the world stage.