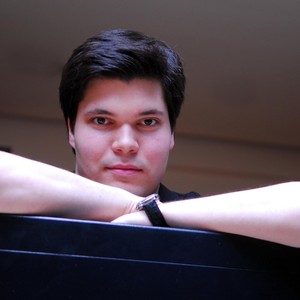 Son of Spanish-Slovenian parents, Ruben Drole was born in 1980 in Switzerland. Already during his studies at Musikhochschule Zürich with Jane Thorner Mengedoht, he was prize winner of several singing competitions. And even before he graduated with distinction, he was admitted to the International Opera Studio Zürich, and since season 2005/06 he has been engaged as a soloist at Zürich Opera House to perform immediately major roles such as Lucio Cinna (J.C. Bach’s Lucio Silla), Simone (La Finta semplice), Haly (L’Italiana in Algeri), Papageno (Die Zauberflöte with Nikolaus Harnoncourt/ Martin Kusej , recorded on DVD for Deutsche Grammophon).

Ruben Drole also participated in a Japan tour of Nikolaus Harnoncourt (Mozart’s Requiem and Händel’s Messiah with Concentus Musicus). Further projects with Harnoncourt include a CD production for Deutsche Grammophon, Beethoven’s Christus am Ölberg (Christ on the Mount of Olives) at Musikverein Vienna and Lucerne Festival as well as the Creation at Styriarte Graz. With the Cleveland Orchestra, he gave concerts in Cleveland, Frankfurt and Paris.

In the Zürich Cycle of Mozart/Da Ponte operas produced by Sven-Eric Bechtolf and Franz Welser-Möst, Ruben Drole participated as Guglielmo (Così fan tutte) and Figaro. Other roles preformed in Zürich were the title part in Paisiello’s Barbiere di Siviglia, Argante in Rinaldo under the baton of William Christie and Wurm (in Luisa Miller). In summer 2006 he was guest at the Festival of Aix-en-Provence with Haly. In the concert field, he sang e.g. in Mozart’s Coronation Mass with Concertgebouw Orchestra and Ton Koopman, in Händel’s Israel in Egypt with Concerto Cologne and Emmanuelle Haïm as well as recitals within the series of Swiss Chamber Concerts. After his guest appearance in the title role of Le nozze di Figaro and as Guglielmo with Cleveland Orchestra and Franz Welser-Möst, he was re-invited to sing there Leporello. He had a big success as Kezal in the Bartered Bride at the Styriarte Festival under Nikolaus Harnoncourt, as Papageno at the Spoleto Festival in the USA and as La Trémouille in Walter Braunfel’s Heiliger Johanna at the Salzburg Festival. He gave his debut at Semperoper Dresden with Papageno.

Season 2015/16 at the Zurich Opera House included a world premiere of Das Verzauberte Schwein by Jonathan Dove as well as the revivals of Così fan tutte and Zauberflöte. At Salzburg Festival, he sang Johann in Werther and concerts in Graz and in Salzburg under the baton of Nikolaus Harnoncourt. The following season he was heard in Zurich as Mozarts Figaro, Rodomonte in Orlando Paladino, Don Fernando in Fidelio and in Weill's Mahagonny.

Ruben Drole is cultural prize winner of the Pro Europa Foundation and the Carl-Heinrich-Ernst-Foundation, Winterthur.