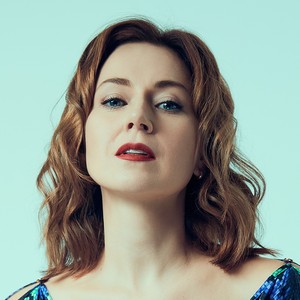 Svetlana Aksenova has been acclaimed internationally for her performances as Lisa in a new production of The Queen of Spades at the Dutch National Opera, directed by Stefan Herheim and conducted by Mariss Jansons, the title role in Rusalka at the Paris Opera, Cio-Cio-San in Madama Butterfly at the Zürich Opera, Deutsche Oper Berlin, Norwegian National Opera and Royal Swedish Opera in Stockholm, and Fevroniya in Dmitry Cherniakov’s production of Rimsky Korsakov’s The Invisible City of Kitezh, first at the Dutch National Opera and then for her debut at the Gran Teatre del Liceu in Barcelona.

Born in St. Petersburg, Aksenova pursued her vocal studies at the renowned Rimsky Korsakov Conservatory, where, while still a student, she came to critical attention for her performance as the title role in Tchaikovsky’s Iolanta. Aksenova was also privileged to participate in master classes with legendary soprano Renato Scotto. She was invited to join the ensemble of the Basel Opera, where over several seasons she developed her repertoire to include such roles as Desdemona, Lisa, Rusalka, Cio-Cio-San, Mimi in La Boheme and Blanche in Dialogues des Carmelites. Aksenova also starred in the title role of Puccini’s Suor Angelica in Dortmund, staged by Cristine Mielitz. Her international debuts followed in rapid succession. Other roles in her operatic repertoire include Amelia in Simon Boccanegra, the title role in Luisa Miller, Marguerite in Faust, Margherita and Elena in Mefistofele, and the title role in Cilea’s Adriana Lecouvreur.

Svetlana Aksenova also has a vast concert repertoire, including Vivaldi’s Gloria, Pergolesi’s Stabat Mater and Beethoven´s Mass in C Major. She has also sung Berlioz’ Messe Solennelle, Bizet´s Te Deum, Rossini’s Petite Messe Solennelle and Stabat Mater, Shostakovich and Dvorak´s Stabat Mater, and Mahler´s Fourth Symphony. In 2015, she made her debut with the Grand Theatre in Geneva in concerts of Verdi’s Requiem.

Her recent successes include her debut as Elisabeth (Tannhäuser) at the National Dutch Opera, Amsterdam, her acclaimed interpretation of Tsaritsa (Tsar Saltan) at the Theatre de la Monnaie in Brussels, which is co-produced with numerous theatres. At the Theater an der Wien she celebrated a great success in the title role of Zazà (Leoncavallo).