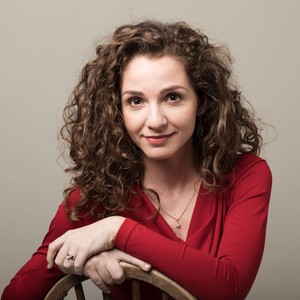 In 2016 Ms Stoyanova was awarded 3rd Prize and highest ranked female singer in Le Grand Prix de l’Opera, and was subsequently invited to record with the Bulgarian National Radio Symphony Orchestra, and in 2017 she was awarded 1st prize in the Neue Stimmen International Singing Competition.

Svetlina Stoyanova joined the Vienna State Opera as a soloist for seasons 2018/19 and 2019/20. She made her house debut as Dryade (Ariadne auf Naxos) and also performed the roles of Rosina (Il barbiere di Siviglia), Cherubino (Le nozze di Figaro), Roßweisße (Die Walküre) and Lola (Cavalleria Rusticana), among others. She also appeared in guest performances of the Vienna State Opera as Cherubino at the Elbphilharmonie, Hamburg and as Zerlina (Don Giovanni) at the Tonhalle, Düsseldorf.

Her latest success was her debut as Rosina (Barbiere di Siviglia) at the Bolshoi Theater in Moscow in February 2021 and her debut at the Teatro alla Scala in Milan as Cherubino (Nozze di Figaro).

Projects in the current season include Zulma (Italiana in Algeri) und Dangeville (Adriana Lecouvreur) at the Teatro alla Scala Milano and Mozart’s Requiem with the Swedish Radio Orchestra.