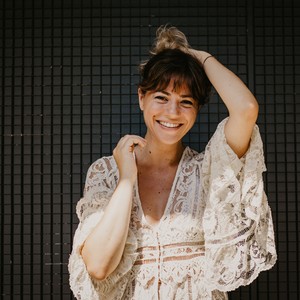 Mezzo-soprano Deniz Uzun was an ensemble member of Zurich Opera House from the 2016/17 to the 2020/21 season, where she has appeared in leading roles such as Hansel (Hansel and Gretel), the Child (L'Enfant et les sortilèges), Zelim in Vivaldi's La verità in cimento, Jacob in Leonard Evers' Gold! and Ronja in Jörn Arnecke's Ronja Räubertochter, as well as Lucilla (La scala di seta), Ino (Semele), Sonetka (Lady Macbeth von Mzensk), Page (Salome), Krista (Die Sache Makropulos), Alisa (Lucia di Lammermoor) and with Rachmaninov songs in the ballet Anna Karenina. As part of the Zurich Opera House's alternative program due to the pandemic, she gave three recitals in the 2020/21 season entitled opera goes folk.

Guest engagements took Deniz Uzun to the Festspielhaus Baden-Baden while still a student, and later to the Munich Opera Festival, the Mozarteum Foundation Salzburg, the Danish Radio Symphony Orchestra, the Dallas Symphony Orchestra, the Jūrmala Festival, and with the Zurich Ballet to the Israeli Opera in Tel Aviv. She made her Salzburg Festival debut in 2020 as the Third Maid in Elektra. She has won prizes at several national and international competitions, including the Bundeswettbewerb Gesang Berlin, the Metropolitan Opera National Council Auditions, the Hans Gabor Belvedere Singing Competition, the Tenor Viñas Competition and the Eva Marton International Singing Competiton.

In the 2021/22 season, she will be heard in Palermo as "Dido" in Dido and Aeneas. This will be followed by her debut in the title role in Carmen at the Salzburg Landestheater and in the spring of 2022 she will be heard as Olga (Eugene Onegin) with the Dallas Symphony Orchestra.

With the start of the 2022/23 season, she will join the ensemble of the Komische Oper Berlin, where she will debut in roles such as Dorabella (Così fan tutte), Una Donna (Intolleranza 1960) and Oreste (La Belle Hélène).

Deniz Uzun studied lieder singing at the Musikhochschule Mannheim and then at the Jacobs School of Music, where she sang roles such as Isabella (L'italiana in Algeri) and Ruggiero (Alcina). In 2015/16 she was a member of the Opera Studio of the Bavarian State Opera, where she thrilled audiences and the press as Florence Pike (Albert Herring).

Deniz Uzun was supported throughout her studies by the Friedrich Ebert Foundation and subsequently by the Georgina Joshi Fellowship. She is mentored vocally by Oylun Erdayi and Sherman Lowe and musically by Yulia Levin and Carrie-Ann Mattheson.