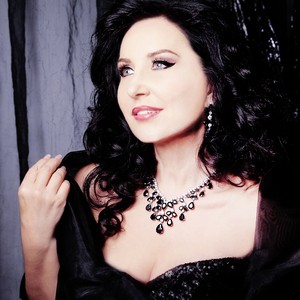 The Romanian-Swiss soprano Elena Mosuc (born in Iasi, Romania) was educated at the George Enescu Conservatory in Iași and, before completing her studies, won several international competitions, for example the international Music Competition organized by ARD Television in Munich in 1990. She received many prestigious prizes (including the Siola d’Oro and the Premio Zenatello di Verona) and in 2005 the Romanian President bestowed upon her the title Officer of the Arts, one of the highest honours awarded to a musician in Romania. In 2009 she made her doctor’s degree in musicology with The Theme of Madness in the Italian opera of the first half of the 19th century with Summa cum Laude. She was named Woman of the Year in Romania in 2009 and in 2010 she became an honorary citizen of her native city. In 2015 she was the recipient of the "Marele Premiu" (‘Grand Prize’) in Romania for her outstanding international career as an opera singer. In 2019 she received two nominations for Opus Klassik as Best Singer of the year and Best Album for her CD Verdi Heroines (Solo Musica) and she won the international prestigious Opera Awards "Opera Star" OSCAR DELLA LIRICA as the best Soprano.

Guest appearances take her to all the important opera houses and festivals in Europe (including Barcelona, Berlin, Hamburg, Munich, Vienna, Salzburg, Paris, London, Milan, Rome, Venice, Brussels, Amsterdam, Bilbao and to the Verona Arena) as well as to the USA (including the New York Metropolitan and Dallas Operas), Muscat, Japan, China, Taiwan and South Korea.

Elena Mosuc frequently gives concerts and appears in opera soirées in her native country. She has established a reputation as one of the world’s most versatile and expressive sopranos.

In addition to her operatic performances, she also lends her talent to crossover concerts and she tours with her project Resonance. A testimonial of her passion for film music is the CD L’amore è poesia (released in 2016 by Solo Musica / Sony ) with music by Flavio Motalla especially composed for her voice and recorded with the London Symphony Orchestra in Abbey Road Studios.