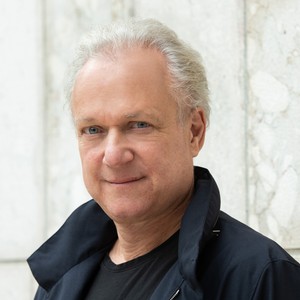 Johannes Martin Kränzle, born in Augsburg, first studied violin and music theatre directing, and after studying singing with Martin Gründler in Frankfurt, received his first opera engagements in Dortmund, Hanover and at the Frankfurt Opera.

In recent years he has developed into one of the leading cavalier and character baritone players of his generation. Guest productions regularly take him to the major stages such as the Salzburg, Bayreuth and Bregenz Festivals, the Scala in Milan, the Glyndebourne and Lucerne Festivals, the opera houses in London, Paris, Madrid, Zurich and Geneva, Berlin, Munich, Hamburg, Stuttgart, Cologne, San Francisco, Cairo, Spoleto, Sofia, Tel Aviv, Tbilisi and Tokyo. In 2014 he makes his successful debut at the Metropolitan Opera New York.

The baritone regularly devotes himself to concert singing, giving recitals and oratorio concerts. In 1997 his composition, the chamber opera DER WURM, was awarded a prize and premiered at the composition competition in Berlin. Since 2016 his latest composition "Lieder um Liebe" has received many performances at home and abroad.

He has won prizes at the international singing competitions of Vercelli (Viotti), Perpignan and Paris (Placido Domingo). Since winning the Primo Grande Premio in Rio de Janeiro in 1991, he has been an honorary guest professor in Natal, Brazil, and from 2013 to 2018 guest professor at the Cologne Musikhochschule. The baritone becomes twice, in 2011 and 2018 "Singer of the Year" at the renowned OPERNWELT critics' survey.  In 2011 he receives the Cologne Opera Prize and in 2019 the most important German theatre prize: DER FAUST.

His repertoire comprises over 120 roles and ranges from Handel to Rossini, Verdi, Strauss and Lehar to Henze and Rihm. -Dionysos (premiere: Salzburg Festival 2010).

He regularly devotes himself to concert singing. He gives recitals at the Schleswig-Holstein-Festival, Goethe-Haus Frankfurt, Expo 2000 Hannover. Schubert's Winterreise is staged in the Kammerspiel Frankfurt. Bach's Christmas Oratorio in Notre Dame Paris, Bach's solo cantatas in the Dormition Abbey Jerusalem and in the Cathedral of Salvador/Bahia in Brazil, Mahler's Lieder eines fahrenden Gesellen at the Budapest Spring Festival and Britten's War Requiem at the Vilnius Festival. He is the baritone in Brahms' Ein deutsches Requiem at the Maggio Musicale in Florence (Jeffrey Tate´s last concert) and at the Concertgebouw Amsterdam (Bernhard Haitink).

In 2015 he is diagnosed with an aggressive progressive form of the bone marrow disease MDS and has to undergo a stem cell transplantation. His brother Andreas can be his life-saving donor.

With great success he returns to the stage in September 2016 in his debut at the Royal Opera House London as Don Alfonso in Mozart's Cosi fan tutte. In 2017 he makes his debut as Wozzeck at the Opera National de Paris and is acclaimed as Beckmesser in the new production Die Meistersinger von Nürnberg at the Bayreuth Festival by audience and press alike. His latest role debut was the "Don Pasquale" at Opernhaus Zurich in December 2019.
In 2019, Martin Kränzle was awarded the prestigious German theatre prize „Der Faust“ for his outstanding accomplishment in the German music theatre scene.

Recent successes include: "Don Alfonso" in Così fan tutte at Salzburger Festspiele as well as "Rangoni" in Boris Godunov at Opernhaus Zürich in 2020.