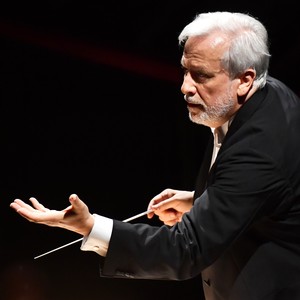 Maestro Auguin was made an Honorary Consul of the French Republic in 2002. For his contribution to German culture, he was awarded the Cross of Federal Merit of the German Republic in 2005.

He was Music Director of the Washington National Opera (WNO) from 2010/11 on. He held the post through the 2017-2018 season, and took the title of music director emeritus upon his departure from the company.

Starting from this season, Mr. Auguin is Artist in permanent Residence of the Greek National Opera in Athens.